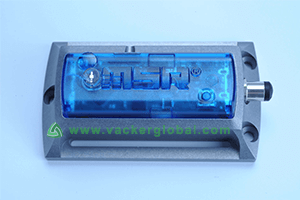 It’s a measuring instrument that is capable of keeping the records of vibrations or shock over a definite period of time. Vibration Data Logger is also commonly known as Shock Data Logger as it has the capacity to measure the shock. The recorded data can be transmitted, evaluated or viewed after a certain period of time. The data that has been recorded is usually in the form of time and acceleration. A shock detector or impact monitor is used to specify whether the verge of identified shock has occurred or not. 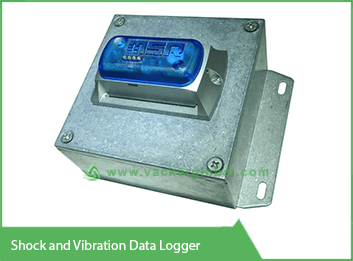 A vibration data logger includes sensors like storage media, power supply, processor and accelerometers. When a certain shock is observed, the sensors measure the data and store the shock in the form of wave, summary or indication. The vibration or shock data can be either recorded continuously or an event occurrence basis. Many data loggers use inbuilt accelerometers or they can be used externally. The measured data is processed by the processor and then stored in the storage media for further reference. In this way, the measured data can be retrieved after the measurements are fully completed. Some of the data loggers that can measure shocks have a Bluetooth device which helps in the exchange of data to smartphones. The vibration data logger which is event based helps in recording specified shocks or vibration that tend to cross the definite time or strength.

The storage media that a vibration logger uses to store the measured data is generally non-volatile like the hard disc drives. As the hard disc does not lose data when the power is low or down, the data measured will be stored automatically in case of power failure.

The duration of shock pulse and its form is very important while measuring the shock. Shock response spectrum is considered to be very useful in this kind of analysis. The peak acceleration that is generally expressed in g-s is used to describe the type of shock and impacts.

The response of vibration data loggers also depends on the location. When a shock is felt on a stiff item such as a firm package or a sports helmet, it can only be measured after filtering otherwise, it becomes hard to characterize. On the other hand, a shock on a soft item such as cushion provides us a reliable response from the detector.

A shock data logger can be estimated by the following ways:

Evaluation of all phases is important, so proper calibration, testing methods and ways, and the validation of protocols must be used.

Monitoring of goods in transit 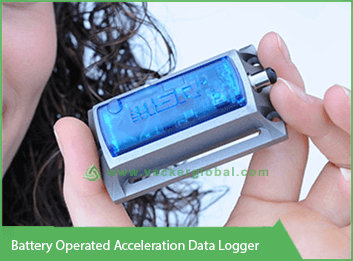 When in transit, valuable and fragile goods need to be monitored as any type of damage can occur. Shock loggers help in monitoring these types of goods by recording the shock caused during transportation and vibration of the outside environment. The vibration data logger is attached firmly to the goods that are supposed to be transmitted for recording the vibration and shocks acting on them. Large and items in bulk need several data loggers. Vacker KSA supplies all kinds of vibration logger that effectively measure the shock and stores the data. The data measured discloses whether the goods have suffered from some kind of damage or not during the shipment time. The options that are needed to be checked during the shipment of the goods are:

Data from different shipments can be used to compare shipment severity of different map-reading and making the shipments easy. Combined data should be used in packaging protocols. In power spectral density format which is used in control vibration in testing laboratory uses vibration data logger. Statistical Analysis of drops and impacts are available through several means that can be used in future for reference. 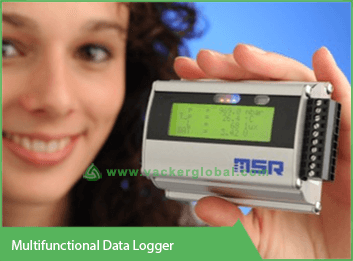 Acceleration sensors are widely used to measure accelerations in vehicles to reconstruct road accidents. Supervising machinery helps in measuring shocks in sensitive objects generally used in production lines. Vibration data loggers are also applicable in monitoring trucks that suffer extreme jolts and shocks. They are also commonly used to measure vibrations in wind generators. Vibration data loggers also reduce the wear and tear of industrial plants and machinery which leads to increase in the performance of the machinery. Vibration data loggers also help in recording movement data of patient, determining roller coasters g-forces that act on people while riding, impacts on sports helmets and much more.